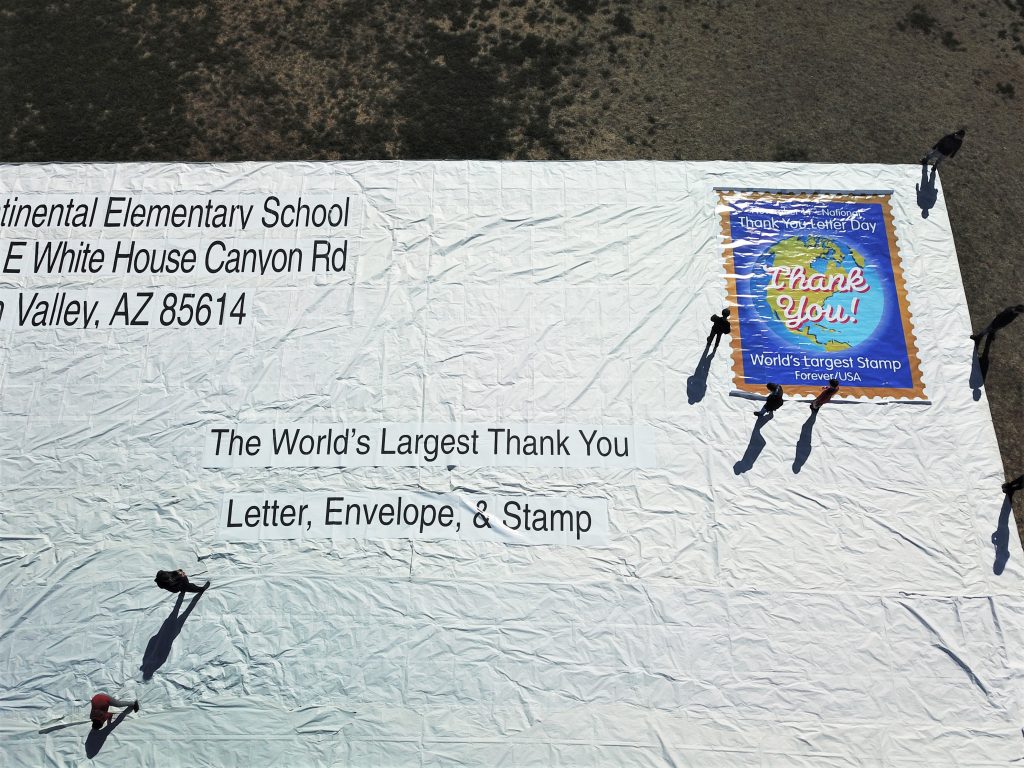 Students from the civics club at Continental Elementary School helped to create the envelope (as they did with the giant letter the year before).  They also extended the giant thank you letter so more people from the school and community could sign it.

The Big Reveal Date On November 14, 2019, on the Second Annual National Thank You Letter Day, the students, teachers, staff, and people from the Green Valley community gathered together in the Continental Elementary School gym for the official rolling out of the record-breaking envelope containing the world’s largest thank you letter.

The Mailman Comes to the Rescue! The envelope was postmarked by the United States Postal service postmaster and offici delivered to Sahuarita Intermediate School by mail truck.