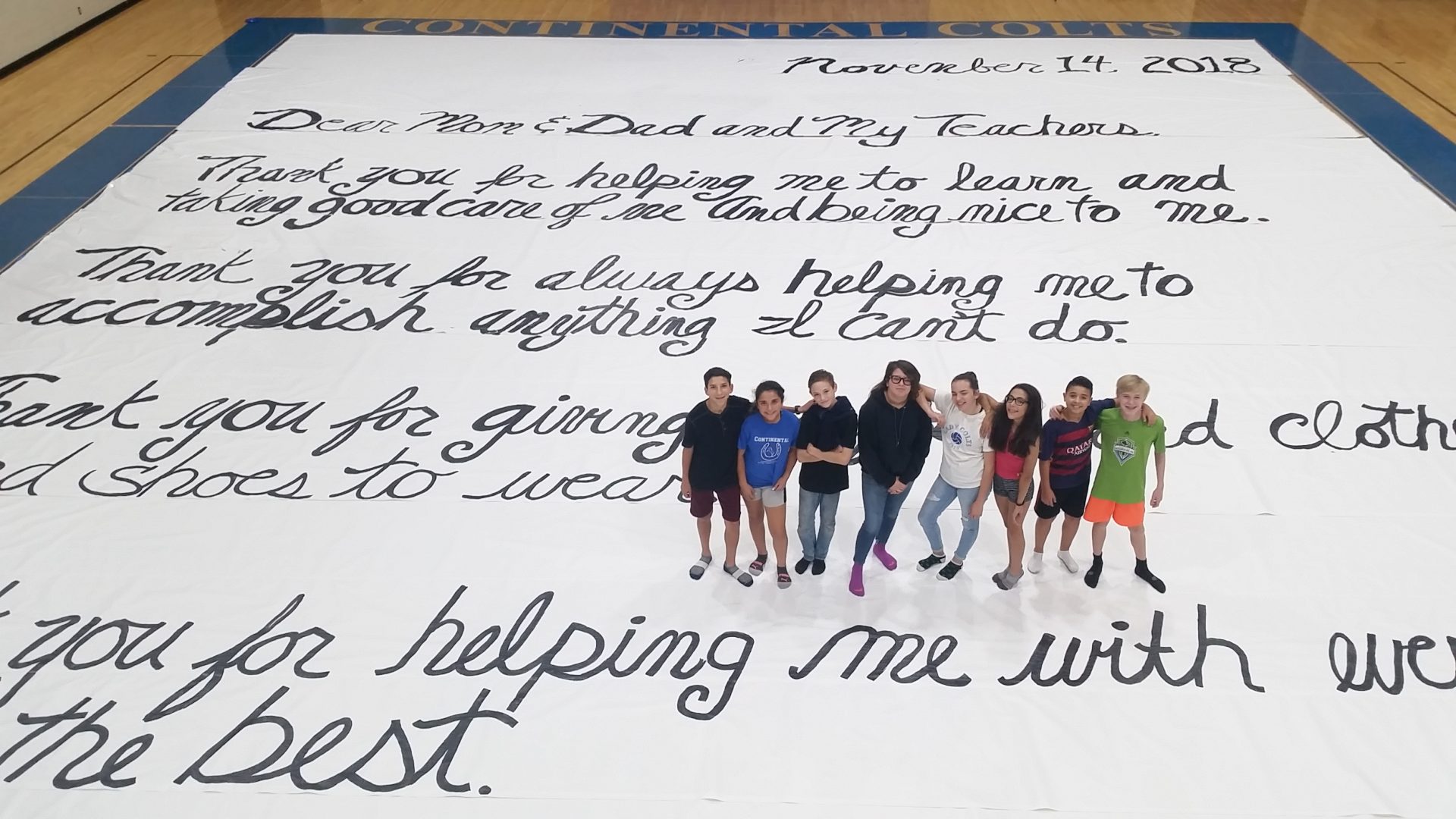 Why National Thank You Letter Day?

Taking place one week before Thanksgiving, “National Thank You Letter Day” is to remind us of the simple and powerful act of sending a letter of thanks to someone we care about or love who has affected our lives.

This day celebrates the timeless values of kindness and manners, civility and gratitude as revealed in the simple act of writing a handwritten Thank You letter.

Why on November 14th?

November is perfect month to celebrate giving Thanks with Veteran’s Day on November 11th and Thanksgiving a few weeks later. November 14th seemed to be the perfect day in a trio of holidays dedicated to giving thanks.

Who Should You Send a Letter to?

Write a thank you letter to someone in your family or a close friend that you would like to thank for any reason–large or small.

Veteran’s Day is on November 11th, a few days before National Thank You Letter Day. Send a letter to someone in the military thanking them for their service. (Soldiers still love to receive letters!)

Write someone in your community that you admire who has personally helped you or others. This is a great way to teach kids about the importance of giving back to their community.

What’s the best way to write a Thank You letter?

Write from you heart! A Thank You letter is a genuine act of gratitude that we all love to receive. It’s just another way of spreading kindness and civility throughout the world.

How Long Does the Letter Have to Be?

The beauty of a Thank You letter is that it can be any length. From a couple of lines to a couple of paragraphs–or longer. What is most important is actually writing the letter and then sending it.

Why a letter? Why not just send a text or an e-mail?

It might be quicker to send a text or e-mail but if you really want to make it personal and memorable, there is nothing better than receiving a handwritten letter from someone!

A Thank You Letter can be written to ANYBODY for ANY REASON!

The idea for a “National Thank You Letter Day” was inspired by award-winning author, Carew Papritz. Carew likes to encourage children’s literacy and promote community service by creating big, memorable, “teachable moments” that will inspire kids–and adults–for a lifetime.

The Ah-Ha Moment! — One day while reading the chapter, “How to Say Thank You and Please” from his inspirational book, The Legacy Letters, to a group of children, Carew suddenly imagined the children writing a giant thank you letter to world! Thus was born idea behind the “World’s Largest Handwritten Thank You Letter!” Of course, one could not have a giant Thank You letter without a “National Thank You Letter Day” to promote it!

The Making of the World’s Largest Handwritten Thank You Letter

Watch this short video of the World’s Largest Handwritten Thank You Letter as its revealed by the students of Continental School!

More Fun Details about the Creation of The World’s Largest Thank You Letter!

Carew has been a long-time advocate of cursive writing, speaking and writing extensively about the importance of teaching cursive in schools. He has been a big supporter of the Cursive Club at Continental School.

Carew wanted the “Big Letter” to be authentic in its sound and intent. He wanted the kids to write the letter.

With the help of the Cursive Club teacher, Kathy Reiman, Carew had the students hand write thank you letters to their parents and teachers. Carew then took their actual words and sentences, which helped create the actual letter itself.

Civics Club teacher, Wendy Fanning, had members of the Continental Civics club help construct the letter by rolling out the paper, taping it together, and painting the handwritten letters.

The letter took over 2 weeks of effort to create with the active help of over 10 students from the civics club.

On November 13, the entire school, class-by-class, signed the bottom 1/3 of the Thank You letter (below the “Sincerely). From kindergartners to 8th graders, the entire student body signed the letter including teachers, staff, and administration.

On November 14, the entire school had an assembly to officially “roll out” the letter.  A number of the school’s teachers and staff spoke to the importance of being thankful during the upcoming Thanksgiving break and promoting the school’s values of being kind to one another.

About Carew Papritz–Founder of National Thank You Letter Day

Cuba—Students gathered book donations from schools in three states then wrote personal handwritten letters that they attached to books. Carew then delivered the books and letters to children at a school in Havana, Cuba, helping to celebrate the new relationship with Cuba and the United States.

Hurricane Harvey—Students collected donations of clothes and other needed items for fellow students during the aftermath of Hurricane Harvey and attached handwritten letters to the items, which were then sent to an elementary school in Houston that had been flooded.

Carew truly lives the central theme of his book—to live life to the fullest—and inspires others to do the same. He love-of-life adventures include creating first-ever events such as signing books on top of volcanoes and glaciers, on horseback and while river rafting.  His adventures that inspire kids to both read and explore the world can be seen on his “I Love to Read” video series, which has garnered over a million views on his “CarewTube” YouTube channel.

“Paying it Forward” with The Legacy Letters — Carew believes in “paying it forward” by donating the profits from book sales to a designated charity during every first-ever book signing or community-inspired event. Charities include: Make-A-Wish Foundation, Military Mama Network, Reading is Fundamental, Seattle Children’s Hospital, Cowboys for Cancer, and many more . . .

To learn more about Carew, his award-winning inspirational book, The Legacy Letters, and his continuing efforts to bring more kindness, manners, gratitude, & civility to the world through Thank You letters, please visit www.TheLegacyLetters.com